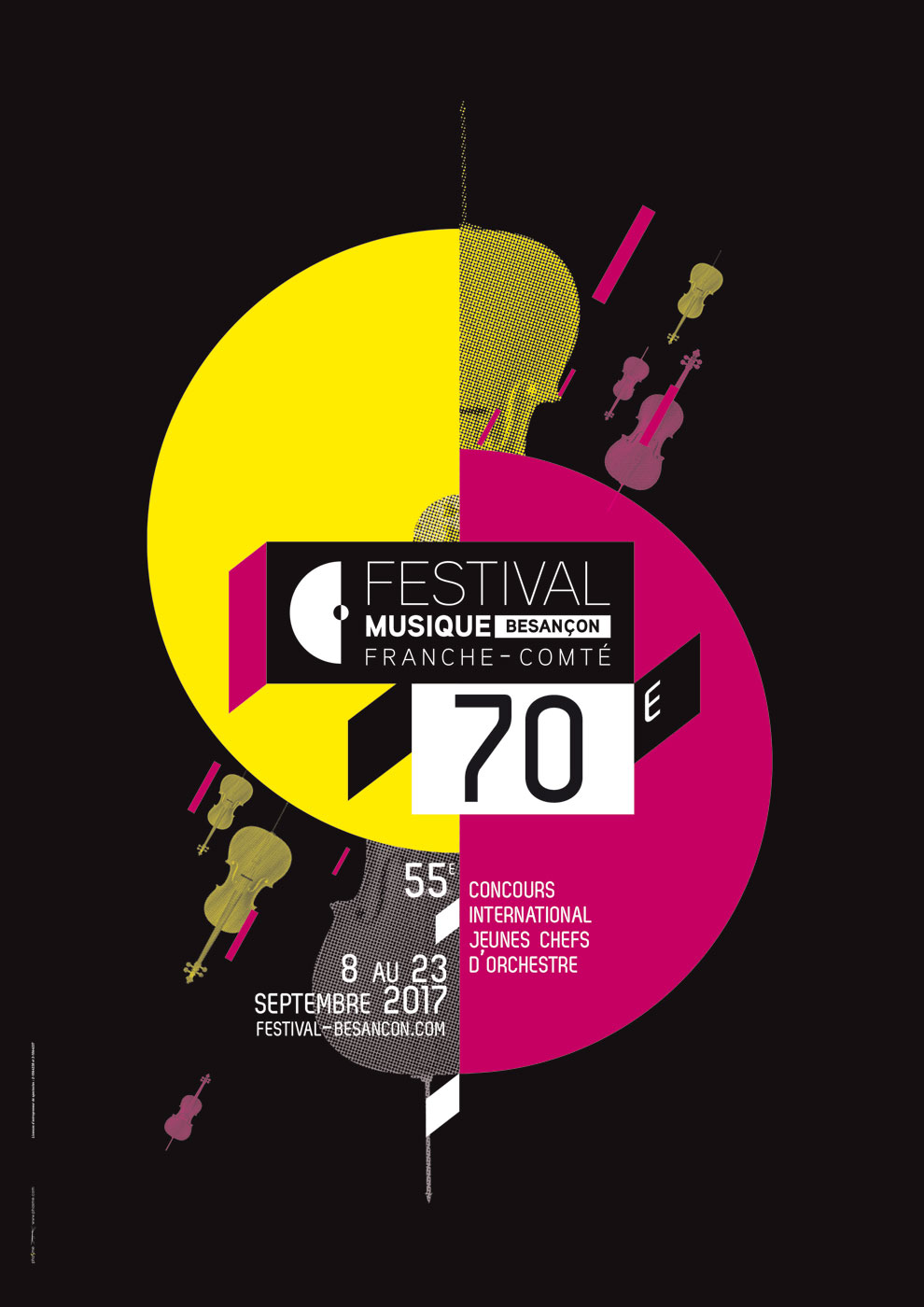 Since the Festival’s creation in 1948 through the initiative of Gaston Poulet, and then the Competition for young conductors through the efforts of Emile Vuillermoz, thousands of artists from around the world – musicians, dancers, singers, composers and others – came to Besançon and to Franche-Comté to perform for multiple generations of music lovers.
In line with its prestigious past, the Festival will pursue its celebratory, rich, eclectic and innovative spirit in 2017 with 15 days of events in Besançon and Franche-Comté bursting with action : baroque music (Bach), recitals (Deux mezzos sinon rien !, Soirées Lipatti), vocal music (Schütz, Duruflé, Hersant etc.), chamber music, world music (Flamenco, Mid-Eastern etc.), jazz (nine evening performances at the Pianos-bar) and, of course, symphonic music with a plethora of European orchestras and major figures in music such as Charles Dutoit, Alexandre Tharaud, Karine Deshayes, not to mention Leonard Slatkin who will be presiding over the 55th International Competition for young conductors.
Ending his markedly intense and well-liked residency as a composer, Philippe Hersant will take the limelight with eight concerts.
To open up this anniversary celebration even more, there will be a host of free events : opening ceremony with light show, open air symphony concert followed by Cuban music, free concerts on Saturday afternoon (Harmonie nautique, kiosque Granvelle, Nonette), an exhibit at the Passages Pasteur, broadcasting of the final of the Competition on a giant screen and, last, Immersion symphonique, a digital interactive orchestra for you to enjoy in the courtyard of Palais Granvelle.

• In terms of numbers, attendance has broken records with more than

• This year, the operating budget of the Festival has been around

Level never reached until then.