The 57th edition of the International Competition for Young Conductors will take place in September 2021.
Registration will open in January 2021.

The preliminary rounds will take place in the spring of 2021: the dates and venues given here are provisional, subject to the evolution of the COVID-19 epidemic.

General presentation of the Competition

Steps of the 57th Competition

Each registered candidate is called to conduct symphonic works played by two pianists on two pianos, in front of two members of the jury.

The names of the jury members, the pianists and the programme will be announced shortly.

Dates and place to be confirmed

Dates and place to be confirmed

The finals will take place from 13th to 18th September 2021 in Besançon, during the 74th edition of the Besançon Franche-Comté International Music Festival.

Of the candidates who took part in the pre-selections, only twenty will be admitted to the final rounds with orchestra. 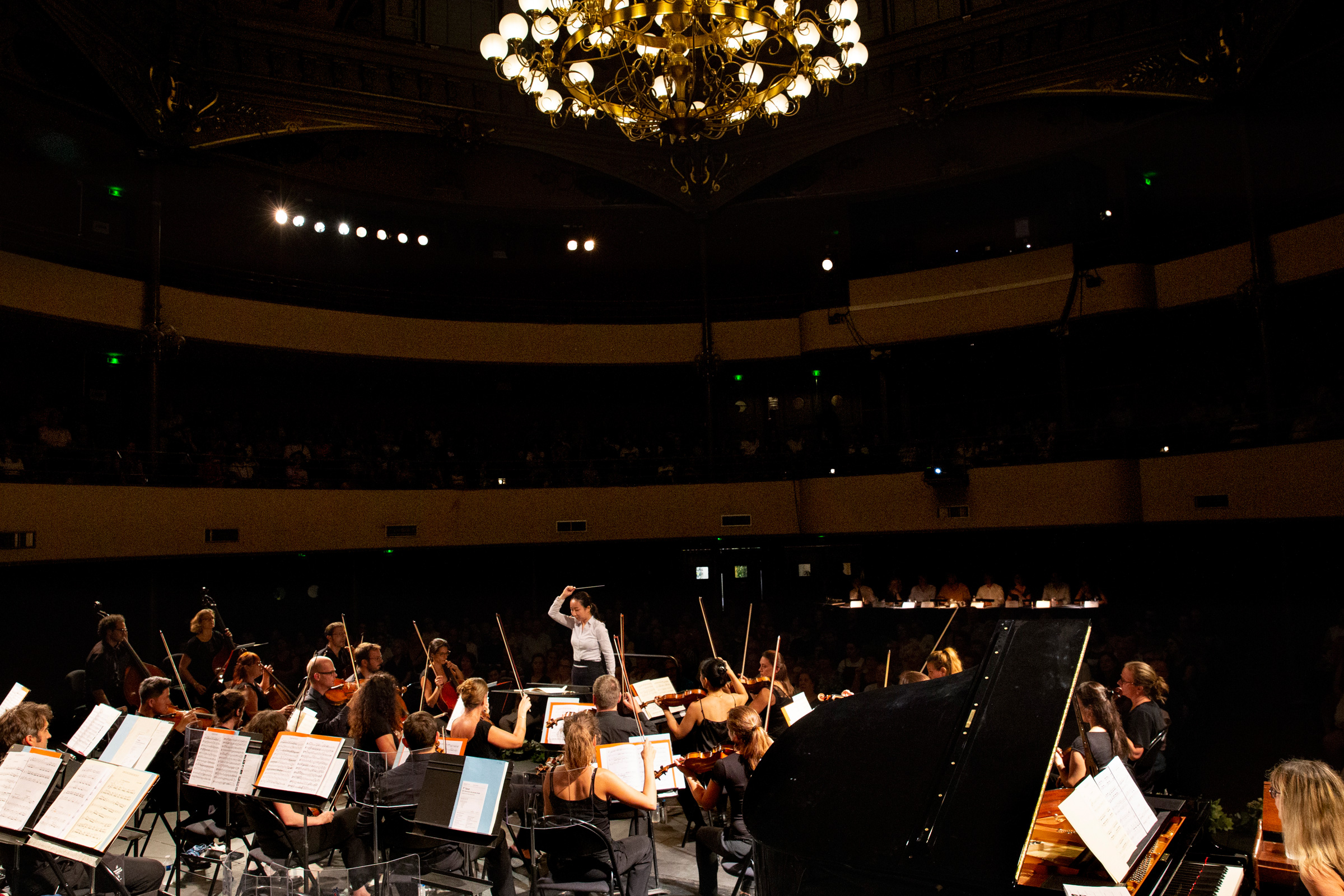 The full composition of the jury will be announced shortly. 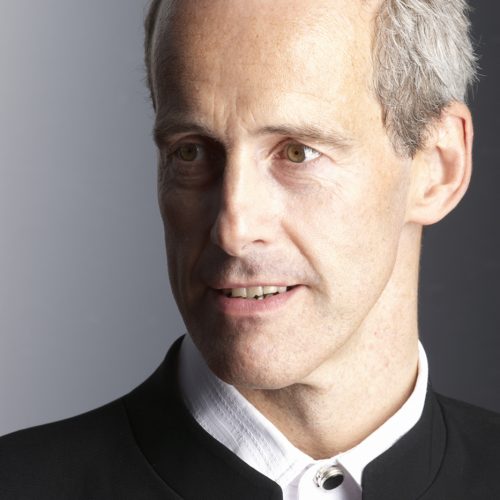 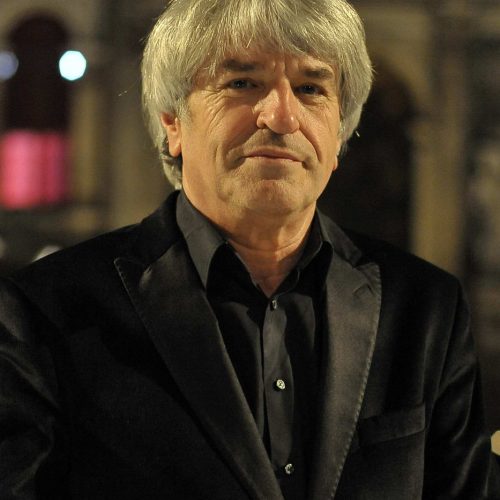 Jacques Mercier has studied at the Conservatoire National Supérieur de Musique de Paris, where he was unanimously awarded the First Prize of conducting. In the same year, he was awarded the First Prize at the International Competition for Young Conductors in Besançon and was prize-winner of the Fondation de la Vocation.
He has quickly begun an international career. He conducts famous formations : the Orchestre de Paris, the Orchestre national de Radio France, the London Symphony Orchestra, the Philharmonic Orchestra of Stockholm, the Philharmonic Orchestra of Moscow, the Orchestre de la Suisse Romande… Holder of the title of "Souveräner Dirigent" in Berlin, Jacques Mercier also performs at the Salzburg Festival, in Bucharest, Helsinki and Madrid, where he is acclaimed by critics as “one of the best French and European conductors of his generation”.
From 1982 to 2002, Jacques Mercier has been Artistic Director and Resident Conductor of the Orchestre National d’Île-de-France. "Displaying communicative energy and enthusiasm, Jacques Mercier managed to make his formation rise at the first places among French orchestras.” (O. Bellamy in L’Evénement du Jeudi) ; “Jacques Mercier has irrefutably proved his great talent, made of precision and mastery, but also with fire and panache.” (P. Petit in Le Figaro).
For seven years, Jacques Mercier has served as Resident Conductor of the Turku Philharmonic in Finland. This experience has been determining in his way of conducting works by North European composers such as Sibelius whose repertoire he made known in France. But his talent, made of precision, rigour, finesse and extreme sensibility, is also perfect when conducting 19th and 20th French repertoires, including new music for which he is standing up with passion – some creations, including some by Iannis Xenakis, Luis de Pablo, Philippe Manoury et Wolfgang Rihm belong to his repertoire.
Jacques Mercier has proved his curiosity and pertinence when choosing his recording. Bacchus and Ariane and Melodies by Albert Roussel have been awarded the Prize of the Académie Charles Cros, Djamileh by Bizet the Prize of the Académie du disque lyrique. His recording, Le Martyre de Saint-Sébastien by Claude Debussy for RCA, has got the "Choc" from the Monde de la Musique. Among lyrical works, Jacques Mercier conducts above all works from the French repertoire such as Carmen, Faust, Béatrice and Bénédict, Dialogues des Carmélites, Pelléas et Mélisande, Lakmé…
Chosen as the "2002 musical Personality" by the professional Union of dramatic and musical critics, Jacques Mercier was Resident Conductor and Artistic Director of the Orchestre National de Lorraine in Metz until 2017. His first CD with the orchestra, L’An Mil, by Gabriel Pierné was awarded the Diapason d’Or 2007. 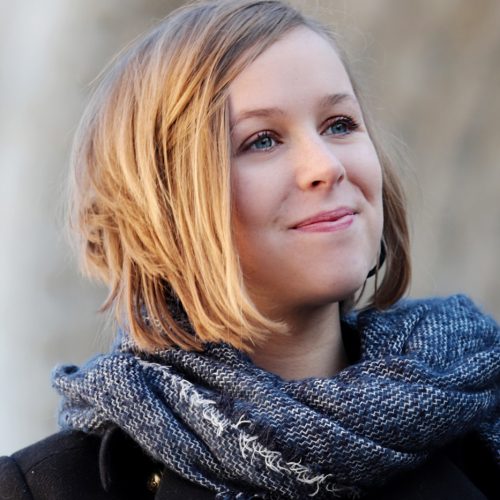 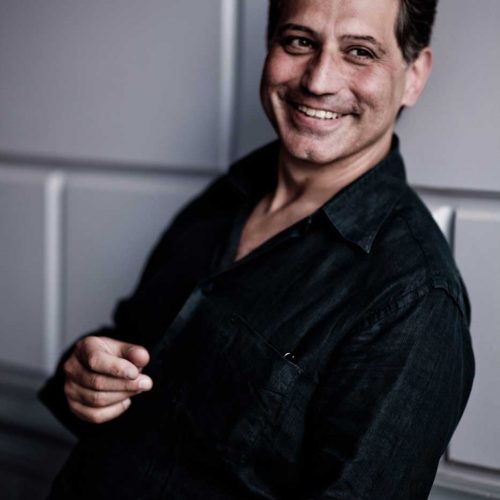 Jean-François Verdier is the artistic and musical director of the Victor Hugo Franche-Comté Orchestra.
Super-soloist of the Opéra de Paris, he is considered one of the best European clarinetists, winner of international competitions in Tokyo, Vienna, Antwerp, Colmar, Lugano, and plays under the direction of Bernstein, Ozawa, Muti, Gergiev, Salonen, Boulez, Jordan, Dohnanyi, Dudamel, Nelsons... He is notably invited by the Amsterdam Concertgebouw and teaches at the CNSM in Paris.
He was awarded the Bruno Walter Prize at the Lugano International Conducting Competition in 2001, and it was with the advice of Armin Jordan and Kent Nagano that he began his career as a conductor, which was quickly acclaimed by the critics.
Resident conductor of the Orchestre national de Lyon (2008-10), he has been artistic director of the Orchestre Victor Hugo since 2010. With this orchestra, he has recorded several recordings that have won international critical acclaim.
He is in demand on the great lyrical and symphonic stages: Opéra national de Paris (Bastille et Garnier), Madrid, Montreal, Munich, Lausanne, Luxembourg, Bern, Biel, Brussels, Mexico City, Salerno, Tokyo, Nagoya, Vienna, Moscow Bolshoi...
He is also a guest of French national orchestras and operas: Capitole de Toulouse, Lyon, Montpellier, Metz, Bordeaux, Ile-de-France, Nantes, Ensemble orchestral de Paris... He has collaborated with Susan Graham, Rolando Villazon, Ludovic Tézier, Karine Deshayes, Isabelle Faust, Anne Queffélec, Sergei Nakariakov, Nemanja Radulovic... with choreographers Anna Teresa de Keermaeker, Jose Martinez... He is also a jury member for international competitions, notably with Leonard Slatkin, Dennis Russel Davies and Jorma Panula.
He composes musical tales: a suite for Peter and the wolf, The Duck is Still Alive! (text by Bernard Friot, with Jacques Gamblin, Milan); Anna, Léo et le gros ours de l'armoire (Actes sud) played at the Philharmonie de Paris (both Coup de Coeur de l'Académie Charles Cros); Nuage Rouge (text by Vincent Cuvellier) played at the Folle Journée de Nantes; Le Carnaval (gastronomic) des animaux.
He wrote a mini-opera for children created by the Capitole de Toulouse in 2019: Orphée.
Jean-François Verdier is a Chevalier des Arts et des Lettres. 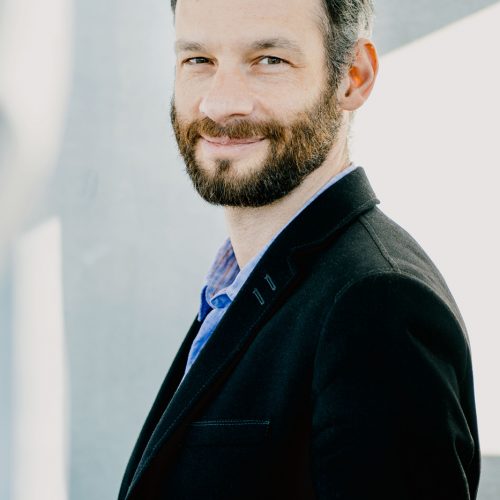 Moscow-born Dima Slobodeniouk studied violin at Moscow Central Music School under Zinaida Gilels and Jevgenia Chugajev, at the Middle Finland Conservatory as well as the Sibelius Academy under Olga Parhomenko. He studied conducting at the Sibelius Academy under the guidance of Leif Segerstam, Atso Almila and Jorma Panula, he also studied under Ilya Musin and Esa-Pekka Salonen. Striving to inspire young musicians of the future. Continuing his work in education Slobodeniouk began a conducting initiative with the Orquesta Sinfónica de Galicia, providing an opportunity for students to work on the podium with a professional orchestra.
Lauded for his deeply informed and intelligent artistic leadership, Dima Slobodeniouk has held the position of Music Director of the Orquesta Sinfónica de Galicia since 2013, which he combines with his positions as Principal Conductor of the Lahti Symphony Orchestra and Artistic Director of the Sibelius Festival following his appointment in 2016. Linking his native Russian roots with the cultural influence of his later homeland Finland, he draws on the powerful musical heritage of these two countries.
He works with orchestras such as the Berliner Philharmoniker, Gewandhausorchester Leipzig, Symphonieorchester des Bayerischen Rundfunks, Concertgebouworkest Amsterdam, London Philharmonic Orchestra, London Symphony Orchestra, Finnish Radio Symphony Orchestra, Rotterdam Philharmonic Orchestra, Chicago, Baltimore as well as Sydney and NHK Symphony Orchestras.
The 2020/21 sees highlights such as Slobodeniouk’s debuts with Stockholm Philharmonic and Pittsburgh Symphony Orchestra. He returns to the Boston Symphony Orchestra to conduct Stravinsky’s complete Firebird, to the Minnesota Orchestra hr-Sinfonieorchester Frankfurt, Rundfunk-Sinfonieorchester Berlin, the Radio-Symphonieorchester Wien including Scriabin’s Prometheus and Stravinsky Symphony of Psalms with the ORF-Choir, the Netherlands Radio Philharmonic in their 75th season with Truls Mørk and Orquestra Simfònica de Barcelona.
Slobodeniouk’s discography was recently extended by recordings of Prokofiev Suites with the Lahti Symphony Orchestra works, with whom he previously he recorded works by Kalevi Aho (BIS). The latter received the BBC Music Magazine award in 2018. He has recorded works by Stravinsky with Orquesta Sinfónica de Galicia (BIS), Perttu Haapanen and Lotta Wennäkoski with Finnish Radio Symphony Orchestra (Ondine) and works by Sebastian Fagerlund with Gothenburg Symphony Orchestra (BIS). 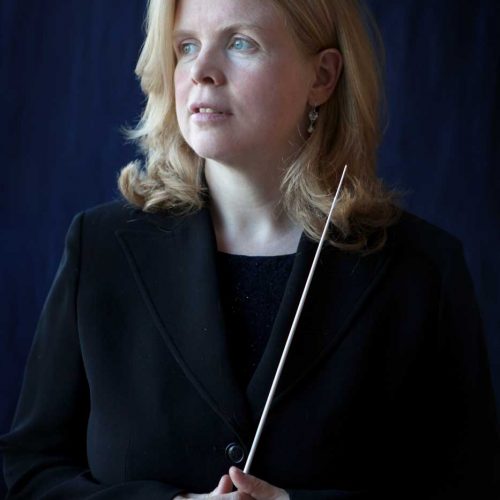 Catherine Larsen-Maguire was born in Manchester and is now based in Berlin. Her repertoire ranges from the baroque to the 21st century; she has a special interest in contemporary music and has directed the first performances of numerous works. After ten years as principal bassoonist at the Komische Oper Berlin, where she also directed concerts and operatic performances, she began to concentrate exclusively on conducting in 2012. She made her operatic debut at the Komische Oper in 2009, conducting the German premiere of Elisabeth Naske’s „Die Rote Zora“.
Catherine Larsen-Maguire has shared the concert platform with internationally acclaimed singers and soloists; orchestras she has conducted include the Bremen, Magdeburg, Augsburg and Nuremburg Philharmonic Orchestras, the orchestra of the Komische Oper Berlin, the Bochum Symphony Orchestra, the Deutsches Kammerorchester Berlin, the Belgrade Philharmonic, the Slovenian Radio Orchestra, Orquesta Ciudad de Granada, OFUNAM in Mexico City, Orquesta Sinfónica de Xalapa, the orchestra of the Colburn Conservatory in Los Angeles, Klangforum Wien, Ensemble Musikfabrik and Ensemble Resonanz.
Placing great emphasis on working with young professionals, Larsen-Maguire is very much in demand as a conductor for youth orchestras and in music colleges all round the world. As part of the Young Euro Classic Festival she made her debut in Berlin’s Konzerthaus, returning a year later to conduct a world premiere with the German Youth Ballet; this was followed by a tour of China with the same group. Becoming increasingly well-known as a teacher of conducting, she held a guest professorship in conducting at the University of the Arts, Berlin and was a faculty member at the annual Femusc Festival in Brazil for five years. She gives regular masterclasses in Germany and abroad, and was a jury member for the Besançon Competition for Young Conductors in 2017 and 2019.
The season 2019/20 and beyond will see Catherine conduct world premieres at the Ruhrtriennale in Germany and the Bridge Strings Festival in Glasgow, and make her debut with the London Philharmonic Orchestra, the Scottish Chamber Orchestra, the BBC Scottish Symphony Orchestra, OSUSP in Sao Paulo, the Orquesta de Cámara de Chile, the Orchestre de Picardie and the Young Israel Philharmonic. She will also return to Granada, China, several orchestras in Mexico, the Slovenian Radio Orchestra, and to summer festivals in the USA.
Catherine Larsen-Maguire read music at Cambridge University, and studied the bassoon at the Royal Academy of Music in London, with Klaus Thunemann in Hanover, and at the Karajan Academy in Berlin. She won the top prize in the 1996 Prague Spring Bassoon Competition and has played as guest principal bassoonist in many of the major orchestras in Germany and England, working regularly with conductors such as Claudio Abbado, Bernard Haitink, Sir Simon Rattle and Kirill Petrenko.