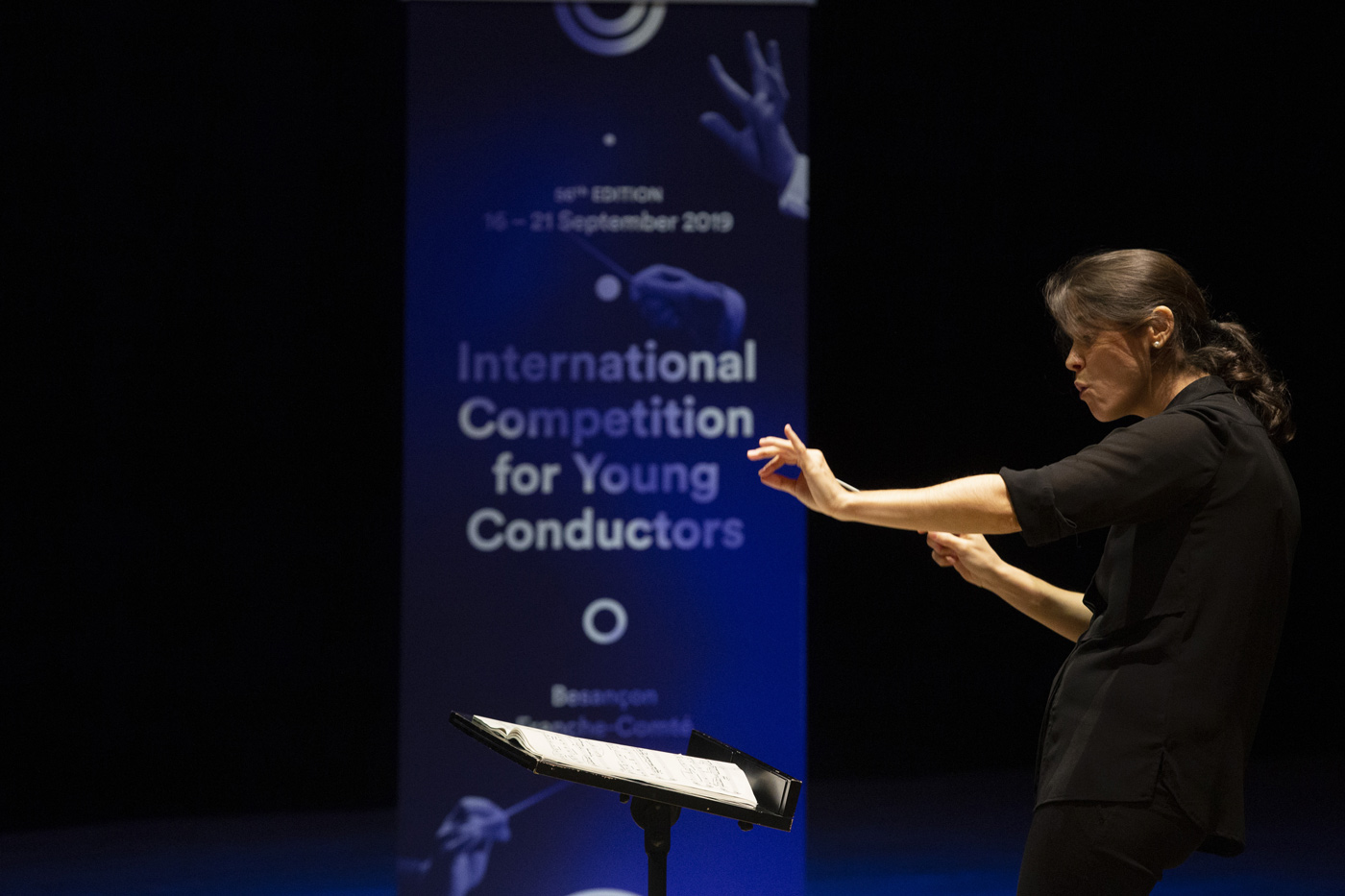 By Adele Bernengo6 May 2019No Comments

The preliminary rounds of Montréal and Besançon are done

After the auditions of Berlin and Beijing in April, the 45 candidates from Montreal and 90 candidates from Besançon met with the jury and the two pianists to audition and try to access to the final rounds of this 56th International Competition for Young Conductors. These finals will take place in September 2019 during the second week of the International Music Festival.

Friday, May 3, penultimate day of these preliminaries, was also chosen by the Festival Association to organize its General Assembly as well as the public presentation of the program of the 2019 Festival. Then, an audience of over 150 people discovered all the concerts planned in september. The program is also to be found here.

The jury of the preliminaries, Catherine Larsen-Maguire and Jorge Rotter, then proceeded to the deliberations and chose the candidates who will access the final rounds with orchestra. This list, which will be reviewed and validated by Yan Pascal Tortelier, President of the jury of the 2019 Competition, will be made public in a few days.

Preliminary round of Montréal in pictures

Some “behind-the-scenes” images of Catherine Larsen-Maguire and Jorge Rotter (jury), Thomas Palmer and David Berdery (pianists), Jean-Michel Mathé (director of the Festival), some candidates and our mascot “la Comtoise”, enjoying this World tour for the auditions.

Preliminary round of Besançon in pictures

Some pictures of the auditions of Besançon as well as the official presentation of the 2019 program of the Festival.